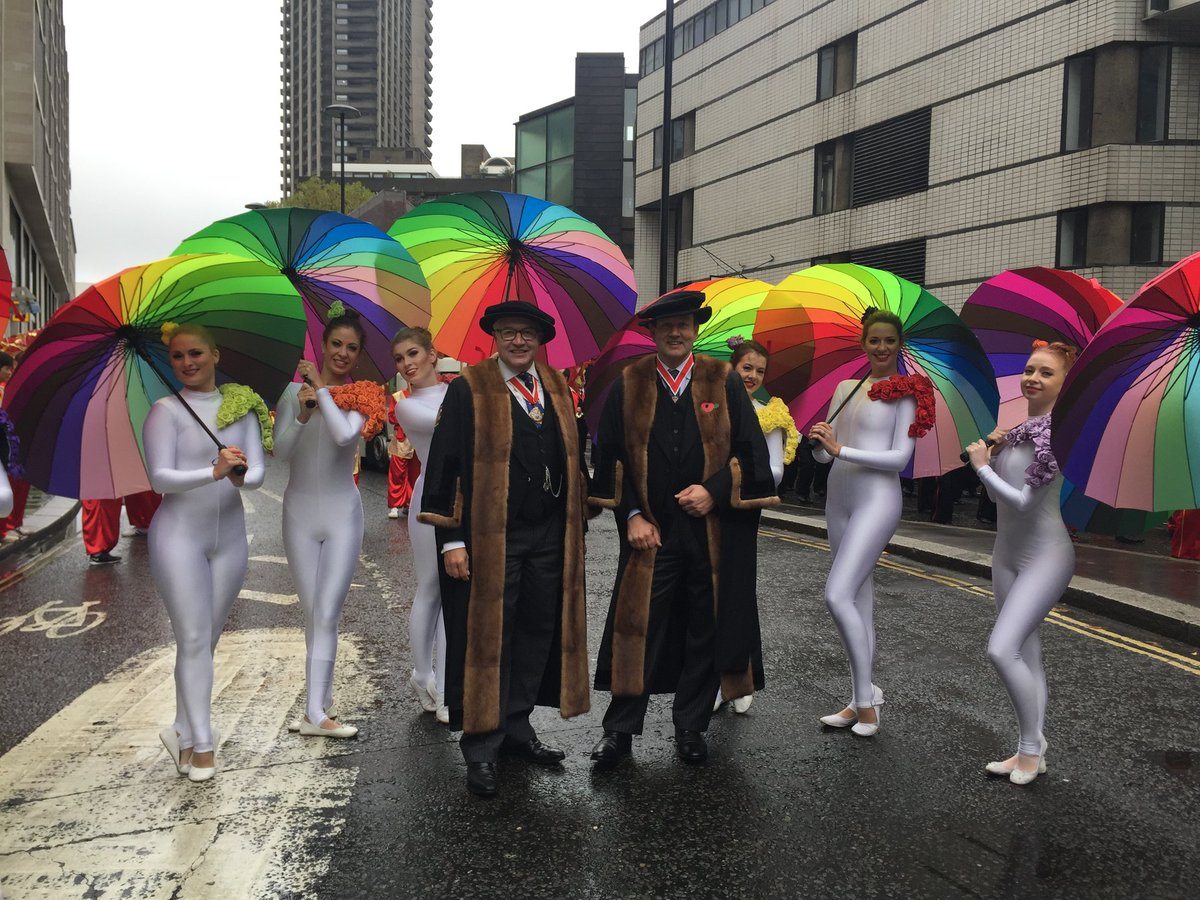 For over 800 years the current elected Lord Mayor of London has made his or her way from the City to Westminster to swear loyalty to the Crown, The Show is a procession made up of than 6500 people, 165 horses, 20 bands and 35 carriages.  Over the centuries this grew into a grand parade now known as the Lord Mayor’s Show, it was the first outside event to be shown live on television and is still the oldest and grandest civic procession in the world.

The route started from Mansion House to the Royal Courts and covers less than two miles of the City of London.

The Corporate Entertainment Agency supplied eight fabulous, talented and colourful parade dancers for the Lord Mayor’s Show 2017, they were due to perform in bright coloured dresses but due to the weather they opted for rainbow umbrellas and flower shoulder patches.  Their performance was aired on television and they performed alongside a Chinese Lion dance, traditional Chinese flag dancers and many more.

These performers can perform at any type of event using these umbrellas, flags or ribbons.  They have a huge range of costumes to suit any type of theme.  To find out more about these beautiful and talented dancers get in touch with CEA today.  To book please email [email protected]