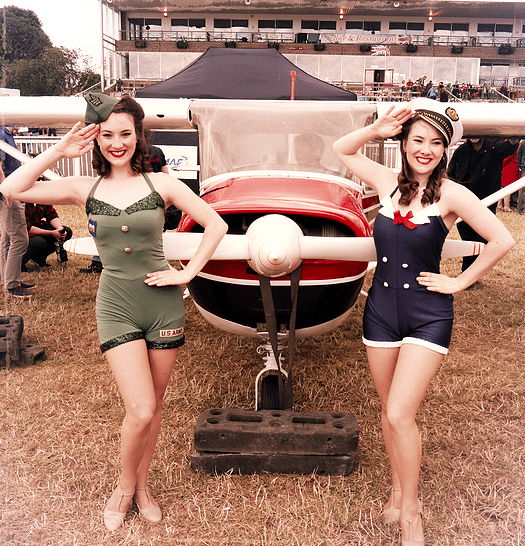 Word War II music of the 1940s ended up becoming a genre in itself. In 1939, songs like “Let Them Keep It Over There” by Eddie Cantor and “Rockabye My Baby” by The Knights commemorated and memorialized the isolationism of that era.  The 1940s was also the golden age of some of the most talented songwriters like Cole Porter, Frank Loesser and Richard Rogers. A majority of wartime radio classics of the time ranged from jazz to swing and whether at a 1940s themed event, festival, Veterans Day, vintage festival, wedding, or some other historic event, these favorites can definitely bring back memories of a bygone era.

Since we have such a diverse line of artists, we can arrange for performers ranging from full-scale bands to solo vocalists who will perform so genuinely, from their era-appropriate singing to their vintage outfits, that your guests will feel like they are actually being entertained back in the 40s.  While the World War II era is better forgotten, the classical music of that time has been cemented in time and our roster of talented artists are here to ensure that it lives on at your special event or occasion.